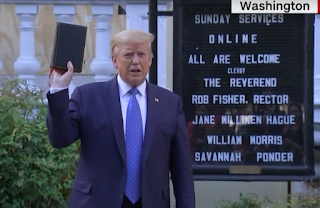 We’re seeing symptoms of the fears among leaders of the Christian right-wing and their followers as they sense that they’re losing the power they’ve craved since the beginnings of the Christian Coalition in the 1960s and have placed their faith in for generations. Their reactions are neither surprising nor unprecedented.

Down through history, religious organizations worldwide have thrived through the patronage of kings, caesars, rajas, emperors, and regimes that have helped members of versions of religions to feel that their relationship to political power proved that their beliefs were true. Governments officially confirmed and even helped define the orthodoxy of these faiths, patronized their religious institutions, and thereby enforced their will on everyone they could, faithful or not.

Any threats to these relationships were met with often destructive and deadly responses. It was important to thoroughly squelch anyone and anything that they felt were a challenge to this relationship of the religious to power, and to make them examples of what would happen to political/religious dissidents.

The rise of the Christian right-wing’s political aspirations since the sixties has been no different. A series of U.S. presidents played to the religious right-wing’s favorite causes to gain their support, and vowed to enforce these causes on the rest of the country.

No matter how much these leaders furthered the Christian right-wing’s power, there remained a nervous disappointment that presidents like Ronald Reagan or both of the Bushes didn’t go far enough, didn’t fully confirm the truth of what these believers clung to by fulfilling their full agenda. For these insecure believers, it would never be far enough.

The personalities were never questioned even if these presidents talked the talk of “family values” without walking the fundamentalist-professed moral walk in their personal lives. It was about the power these religious felt that they had by being inside the government no matter how immoral and hypocritical the president or congressional members were personally.

The Christian right-wing had felt for generations, beginning with F.D.R., that they were not only being pushed aside by a liberal social gospel but being labelled backward hicks by a culture and media that were leaving them behind. Thus, it felt so good to get attention from a national political party even if that party were just using them.

Republicans knew how to play to the core values that motivated so many of these religious folks whom many didn’t respect at all. And being political provided a new level to the high of righteousness needed by the religiously addicted.

But no one ever made them feel as powerful and righteously justified as Donald Trump. With his executive orders, judicial appointments, and pandering, the Christian right-wing felt vindicated and was thrilled by feeling that they were beginning to win the “culture wars” while “owning the libs.”

More was at stake, then, than all the political/religious victories in themselves. It was the truth of their positions and the recognition of the value of their very beings.

They needed government to confirm that they weren’t losers, deceived, gullible, and ignorable holdovers from a past that science and culture was leaving behind. They were happy to join Republican repudiations of experts (“liberal professors,” “liberal elites”) and of “science” (also "liberal" with its evolutionary theories and findings about the universe, the nature of life, and climate change). Science and education, which always threatened them and were their targets, were now questioned by a whole political party!

They easily became addicted to the power that they had, so that living without that power would feel unbearable. To have it threatened would be crushing to the very thing upon which their religion had become dependent. 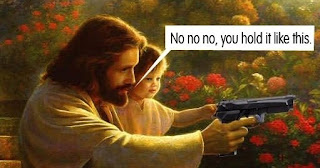 They embraced America’s National Rifle Association’s gun culture. Like rats afraid that they’d be trapped in a corner, they saw themselves again as victims who needed sufficient weaponry for protection. They more than ever embraced a vengeful Christ out of the enigmatic New Testament book of Revelation.

In many ways for them, their god was too small; incapable of saving them without government help. The end times had not come to save them, so they saw themselves as saved only by their experience of power – Jesus for now, you see, was reduced only to ensuring personal salvations.

But as American historian Howard Zinn reminded us: “Political power, however formidable, is more fragile than we think. (Note how nervous are those who hold it.).” [You Can’t Be Neutral on a Moving Train, 1991]

Enter the 2020 presidential election and its threat to right-wing Christian power and security. Joe Biden just couldn’t win, he just couldn’t, because it would sever their connection to power.

Every phase of the news of the election results, then, would be denied as they relied on an egomaniac who would challenge each phase. But still they increasingly felt trapped in that no-escape corner.

Like the early stages of grief, denial and anger dominated their response. Their fears moved them back into a victim role similar to the stance of the president they had counted upon and into victim interpretations of events.

They clung to everything and everyone who supported their victim role. And there were enough media and politicians to do that – politicians who were trying to figure out how to make this work purely for their own careers and pocketbooks.

So, unsurprisingly we are seeing what happens when they’ve been addicted to power and are losing it. Withdrawal from addictions is difficult, painful, and hard for well-meaning outsiders to watch. 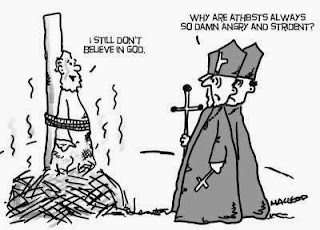 But this is even more. This is not only a deranged president and his party fearing the consequences, but a religion itself faced with the loss of its power.

What in the past has produced heresy trials, burnings at the stake, all manner of torture, and other penalties for those who threatened the security of the relationship of religion to the state, in 2020 in the U.S.A. is showing itself as how in a democratic society it produces great strain on many democratic institutions.

Power might not always corrupt, no matter what the oft-repeated saying says. It depends upon the values of those with that power.

But when religion gains political power, stitches itself into the warp and woof of that power, it becomes too easy for it to betray its own values. And giving up power feels to those who relied upon it like death. 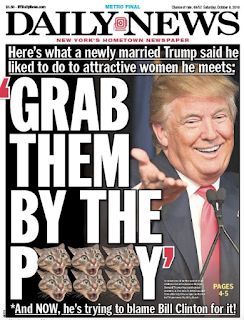