It's Dangerous to Argue that Religion Is Responsible 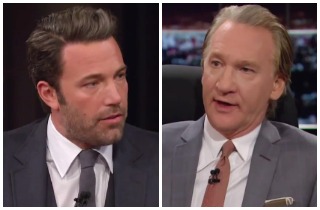 There must be something emotionally satisfying for many people in arguments about religion whether they’re for “it” or against “it.” Beyond the strategies of politicians who prey on religious prejudices, people argue passionately, existentially, and obsessively about whether religion or Christianity, Islam or another ism, does, causes, or even “is” one thing or another.

These arguments seem to have sharpened and become more mainstream with the 24-hour cable news cycle that exploits terrorist attacks committed by people hiding behind religion and the fear-based politics of the Republican primary election gang. Talk radio and religious bigotry have also found renewed energy.

Trying to insert rationality into this argument can be an exercise in futility for either side. There’s something deeper being defended within the arguers that’s psychologically crucial to them, not just the need to win an argument.

The historical reality is that religion or any of the isms never do anything. But if we were to admit that that’s true, then we’d have to conclude that most religious arguments we’re in can only produce heat, not light.

People as individuals and in groups and institutions do things, but not religion or religions. People and institutions use religious ideas, symbols, scriptures, and traditions in ways that sanctify their goals, actions, and psychological conditions.

The abstract reification we call religion isn’t responsible for either the good or the bad for which “it” is given credit. The same scriptures, traditions, and dogmas can be used by a Martin Luther King or a Pat Robertson, a Mahatma Gandhi or a Nathuram Godse, the “Hindu” who assassinated him.


How they’re used and what they’re used for is the responsibility of the user or group of users. And “religion” must not be allowed to let them off the hook.
Take the Bible or the Quran. People will argue futilely about what these collections of writings “teach.”
Since no one, I repeat no one, takes everything in either book completely literally, no matter what they claim to do, what believers choose to use is their responsibility. And their interpretive schemes to get their scriptures to agree with their views are many.
Arguing that their sacred scriptures say this or that gets nowhere. Calling someone a literalist about their scriptures ignores their interpretive tactics and enforces their belief that they’re literally correct. Both activities actually encourage religious fervor. 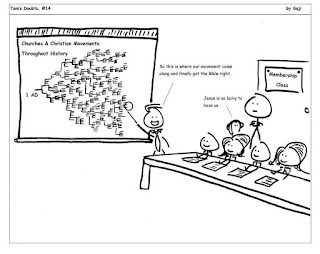 Of course, each believer will claim that their interpretation, their selections from the smorgasbords that are scriptures, traditions, and respected religious thinkers are the true versions of their faith. Those claims are what believers fight over among themselves.
Their internal fights are so heated and brutal, and often over what looks to outsiders as so trivial, because a true believer doesn’t want to admit that there might be any other way to understand their scriptures or their religion than the version on which they’ve based their soul. Believers cannot admit alternatives because doing so would undermine the comfort of their hope of settled faith with doubts that their beliefs are possibly not true.
We never know with certainty what personal psychological issues, positive or negative, cause people to use religions the way they do. But we do know that there are a variety of emotional problems, family of origin hurts, prejudices, abusive upbringings, societal dynamics, and other factors that impel belief and explain why someone identifies with some beliefs and institutions but not others.
That’s why the most common predictor of ones own faith or the faith one is more likely to spend the most time fighting against, is the religion of one’s family. And since the vast majority of people in the world have never dealt with issues of their upbringing, those issues still propel both belief and unbelief.
Religion, then, can become the cover for these unhealed issues. Or still others can use religion to uncover them and promote emotional healing.
But think of the emotional high that religion can provide when it’s used as the basis for the actions one takes. One is no longer just acting out of personal sickness, anger, problems, insecurities, and fears when one attacks a women’s clinic or massacres colleagues in a workplace.
Using religious beliefs, one can feel instead that they’re doing God’s work, that theirs are actions sanctified by the divine. In that name many horrors can take place as if they aren’t just the very sick murders and brutalities they are.
And the victims of such atrocities can now be defined not as fellow human beings who disagree but as evil, demonic, and satanic. How much better for believers is that?
There is, thereby, no need to confront their own issues, seek therapy, or face their doubts, depressions, inadequacies, and failures. The feeling of righteousness has taken over. 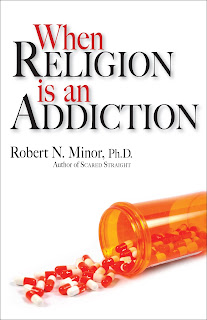 So, for the believer, blaming religion enables them not to have to face themselves and their own emotional lack. God is responsible for all that happens, not them.
And when others blame religion, it plays into that same trap. When we claim that it’s religion’s fault, we let the individuals, groups, and institutions go free. We become their enablers.
We enable whatever happens because we too argue with the believer that it wasn’t actually a believer’s fault; it was their religion that’s responsible. And we thereby encourage others to continue their heinous acts in the name of religion without them feeling that their own problems are responsible.
The better solution is holding people, groups, and institutions responsible for how they use religion. It’s to stop colluding with them in blaming anything other than themselves.
This means refusing to argue about religion and instead calling believers, religious leaders, and institutions to account. And it means facing our own issues about why we want to argue religion in the first place.
So, what are we ourselves getting by continuing such arguments? If we answer that we’re just trying to reveal or defend the truth, then we’re arguing exactly what religious people are. Remember, they believe they’re defending the truth, too. 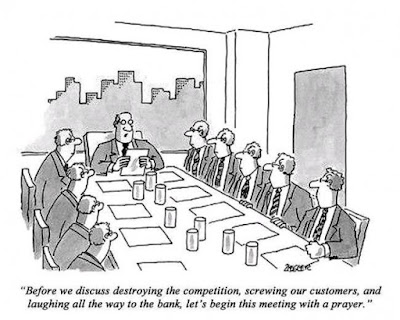